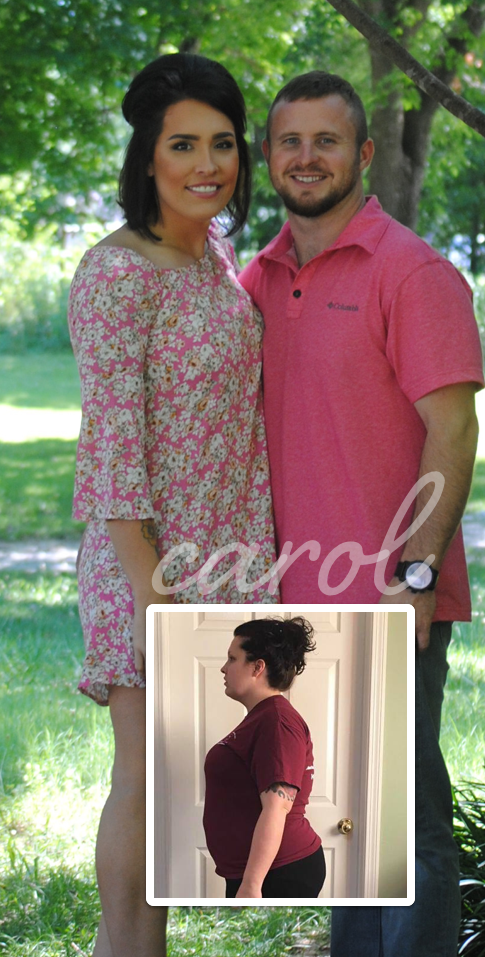 *Average weight loss on the Optimal Weight 5&1 Plan® is 12 pounds. Clients are in weight loss, on average, for 12 weeks.

"OPTAVIA has been the biggest blessing of my life."

Reconnecting with high school friends on Facebook is commonplace. But watching one of those friends lose 76 pounds in 3 months is not so common. Carol, having fought her weight her whole life and having tried everything to lose it, finally had to reach out to her old friend Mark directly.

Miserable at 252 pounds, Carol's largest weight loss to date had been as a teenager when she ate one meal a day and drank diet Mountain Dew. Obviously not a healthy attempt. Carol was now watching her old friend achieve success not just with his weight loss but with his new business venture, being a Coach for OPTAVIA.

Mark happily shared with Carol his experience with all three parts of the OPTAVIA Trilogy: Healthy Body, Healthy Mind, Healthy Finances. "I went to work at 21 as an RN," says Carol, "and it has been a very rewarding experience. But I've missed a lot of school and family events with long 12-hour shifts and working weekends and holidays."

Additionally, the burden of her weight, RN schedule, raising three children, managing a marriage and all of the stress that comes with it had been wearing her down for the last few years. "I was about to turn 35, depressed, irritable and crying randomly. I could not snap out of it. All of these things helped me reach out to Mark."

Today, Carol has shed 96 pounds*, and as a part of Mark's team, has started her own successful coaching business†. She's fully embraced all three parts of the OPTAVIA Trilogy. She has improved her health, and her mental outlook and state of mind followed suit. "Next to my husband and kids," says Carol, "OPTAVIA has been the biggest blessing of my life."

She adds, "My Coach and mentors have told me 'you set the pace, we'll give you the plan - you do the work.' That's what I tell my Coaches. Tell me what your pace is - what are you looking for? We have the plan. You do the work, and we'll get you there."

Through engaging in the work of helping other Coaches reach their dreams, Carol has advanced up through the ranks as an OPTAVIA Coach. 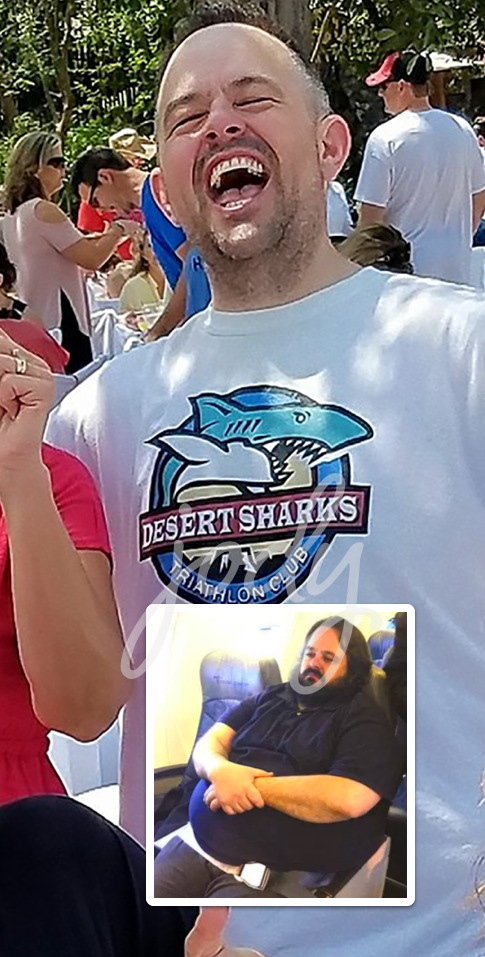 *Average weight loss on the Optimal Weight 5&1 Plan® is 12 pounds. Clients are in weight loss, on average, for 12 weeks.

"I realized I could improve my health, help others, and have an additional source of income. In fact, we've been able to get our lives back."

Storytelling has always come naturally to Jody, a career sportswriter for a local paper who has been covering his city's professional basketball team for over 20 years. But a short encounter on a small regional plane was the turning point of lasting change. He remembers walking down the aisle of the plane, seeing the looks of people hoping "the fat guy" wasn't going to sit down next to them.

When he did finally sit down, at 373 pounds, his 5'8" frame leaning away from his neighbor to not invade his space, part of his body spilling into the aisle, the armrest digging into his side, his back and neck hurting... he began to type into his phone what it was like to be the fat guy on the plane. As he continued to write, he realized everything was lousy, miserable, uncomfortable and painful. Not just on this plane, but everywhere in his life.

"My profession is to sit on the sidelines and observe athletes play their sport. But I was also on the sidelines of life, stuck in a state of woe and misery, says Jody. "I had a lot to live for, but I didn't feel alive. This program is like somebody showed me the 'on' button for my body and my soul, honestly."

Jody became a Coach about a month into his own journey. He had watched a video posted by a Coach in his support group about the great income a Coach can make all while helping other people†. With 11 credit cards maxed out and a foreclosure notice sitting on the kitchen table, Jody began to consider the opportunity.

"I realized I could improve my health, help others, and have an additional source of income. In fact, we've been able to get our lives back," Jody says. He has so far lost 165 pounds*, and with the help of his coaching income, paid off the 6th credit card and regained control of their mortgage†.

Having learned and incorporated the Habits of Health™ into his life, Jody is now focusing on learning how to coach other Coaches and open the doors of opportunity for them. "Every dollar we earn as Coaches is a dollar that helped someone else get healthy," Jody says.

Jody works with Coaches who have many different definitions of success. He embraces all of them. "Earning an extra $200 a month is life-changing for some of my Coaches," he says. "As for me, I'm super excited for the future."

Jody's new goals include losing a few more pounds for the healthiest body weight he can achieve, and gaining a healthy financial position in his life in order to serve his family and others.

Jody says, "My business is just starting to blossom. I'm turning my mess into a message."

The life you want is waiting, all you have to do is take the first step.